To this day, the houses of Alejní Street have followed the line of the town walls on the western side of the town. Building activities did not stop for the entire 19th century following the demolition of the wall. In 1865, the Order of the Sisters of Mercy of St Charles Borromeo built a convent with a school. The Sisters had the spacious chapel decorated in a so-called “Beuron” style in 1888. It was created by a Benedictine monk from a monastery in Beuron, a priest by the name of Lucas (Fridolin Steiner, 1849–1906) during his stay in the Emmaus monastery in Prague. Furthermore, the monks E König, H Reichmann, G Westhof and A Weiss worked there not only on the paintings but also on the building conversions and adaptations as well. The Sisters managed a girls’ school and finishing school. They saw to the construction of an annexe to the school building, in which the first Czech secondary school – a business college (later in the Metelka school) operated for two years (from 1922). In the 1950s it was used as a primary school, a so-called “eleven-year school”, a school of ceramics, a school for teachers’ training and a grammar school.

It is accessible only by appointment, but if you contact VisitTeplice employees, they will arrange a tour for you. Because this is definitely worth seeing. 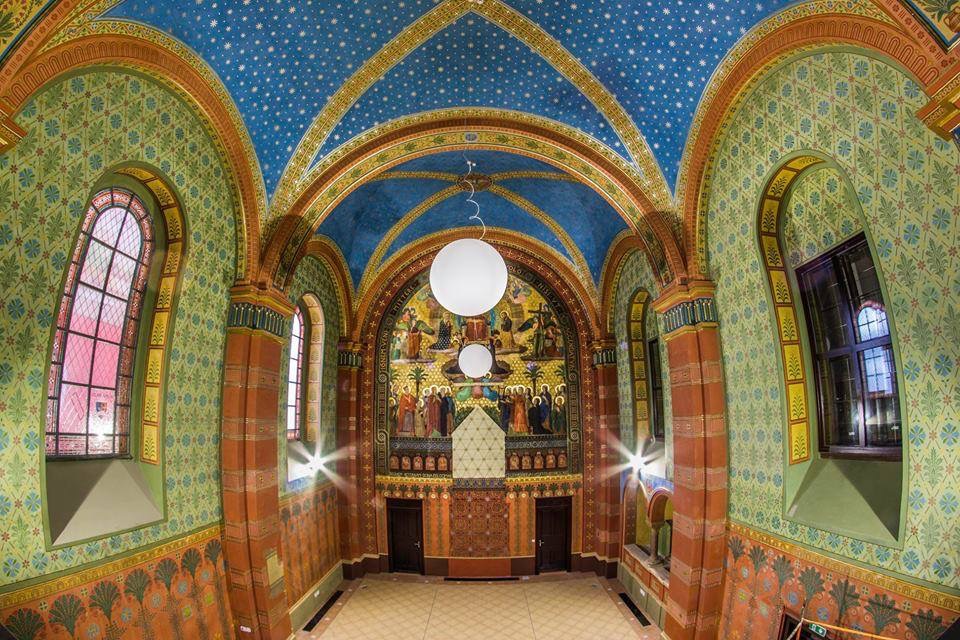