The OLDEST spa
in the Czech lands

The opening of the 861st spa season? By no means!

Great celebrations are probably in store for the residents of Teplice in 2154. If spa seasons are counted as they have been to date, it will be the 1,000th anniversary in 139 years, or rather a presumed anniversary, as the numbering of spa seasons is based on shaky foundations just like the discovery of the local springs, which Wenceslaus Hajek of Libočan dated as being in 762.

A swineherd who grazed his pigs every day also had one pig in his herd that always lagged behind the others because it limped. That is why he was not initially surprised at all that it got lost from time to time. After some time, the swineherd noticed that the pig stopped limping and was even livelier than the others. It still separated from the herd every day and so one day the swineherd decided to trail it to find out where it went to and what was behind its miraculous recovery. He followed the pig as far as a place where a hot spring rose from the ground. The pig was wallowing contentedly in the mud there. As soon as he came back home with his herd, he hurried over to yeoman Kolostůj, to whom that region belonged, to tell him what he had seen. Kolostůj founded a town in the same place which later began to be called Teplice. (Chronicle of Wenceslaus Hajek of Libočan) 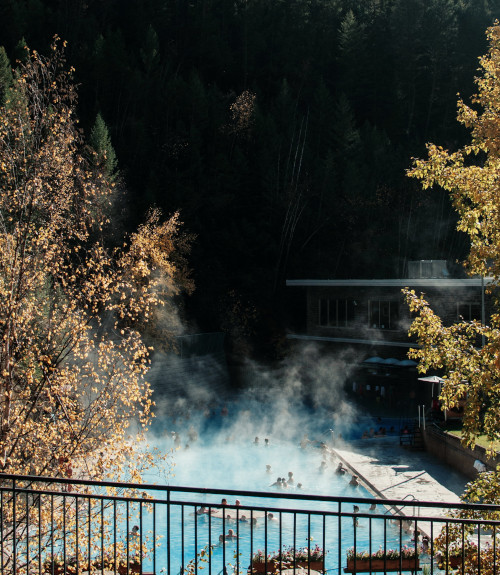 This chronicler mentions that hot waters were discovered in 1539, while a legend about a small scalded pig is attributed to a period nearly seventy years later. The reliability of such a cock-and-bull story is dubious, especially as archaeological finds confirm that the springs were used by the Celts much earlier.

The origins of the spa are derived from the foundation of the convent of Benedictine nuns in 1154. However, referring to it as the first spa season is optimistic. The spa as a service came into existence sometime during the 15th or 16th centuries, meaning today it would be roughly the 500th season.

The numbering of spa seasons really is nonsense. After all, other (and today more famous) spa towns such as Mariánské Lázně or Karlovy Vary do not feel the need to resort to such fiction. Whether it will be the 500th or the 861st season, Teplice spa resort really is the oldest in the Czech Republic. This doesn’t necessarily mean too much for the future prosperity of the spa resort, but we can look at it as a way of not letting a centuries-old tradition die out.

50 minutes
Train Humboldt Throughout your guided tour you will visit the most interesting places
100,- CZK Book 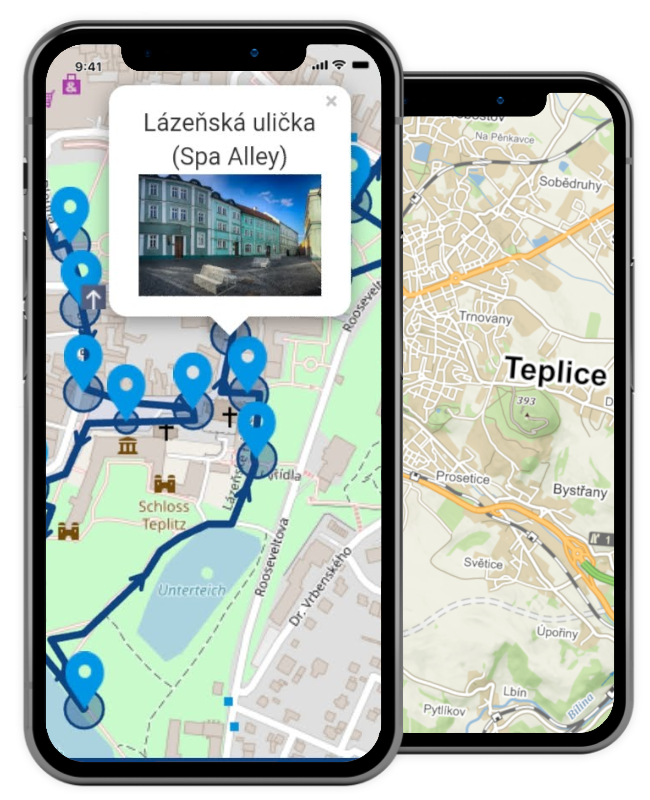 1 hour
Tourist app Download our tourist app to your phone to have your personal guide!
50,- CZK Find out more

The OLDEST radon spa
in the world

Although it is mainly Jáchymov that the world associates with radioactivity, Teplice spa beats it by several years when it comes to offering the inhalation of radon.

On the threshold of the 20th century, radioactivity was a hot topic. It was discovered in 1896 by Henri Becquerel and seven years later Marie Skłodowska Curie won a Nobel Prize for developing the theory of the radioactivity. A mere two years later, Dr. Mache and Dr. Meyer were already touring spas in what are now the Ústí nad Labem (Aussig an der Elbe) and Karlovy Vary (Carlsbad) regions, conducting measurements to ascertain whether or not the waters spouting from the depths of the earth happen to be radioactive too. And in Teplice, the fame of which was slowly fading, there actually was radioactive water!

Then, in 1905, researchers published a technical article in Měsíčník pro chemii (The Monthly Journal for Chemistry). The spa management immediately took advantage of the discovery: it had a small pavilion for the inhalation of vapours from radioactive water, a so-called emanatorium (from the Latin emanare – to flow out), built on the spot where the “Horse Fountain” (Koňská kašna) is situated today. It was a novelty that had not yet been tested elsewhere, and one with which Teplice became one of the world’s top spa towns.

The Teplice spa no longer offers radon inhalation today. Those interested in a radioactive gas have to go to Jáchymov. They still have had an emanatorium there, but as they only welcomed their first guests in 1911, first place is held by Teplice.

Tips for the best trips
around Prague

Prague is beautiful and full of sights, but also full of people and noise. Every week thousands of Prague citizens and tourists are trying to solve a problem. Where to travel around Prague.

Solution to this problem is surprisingly easy.. Teplice!