St Bartholomew Church was initiated by Prussian king, Frederick William the Fourth, in the mid-nineteenth century. The building was conceived as a Neo-Renaissance three-naved brick basilica in the style of ancient Christian churches. It was designated for worshippers of the Protestant faith. The church served as an ecclesiastical structure as late as shortly after the Second World War, and was then closed. For decades it fell into disrepair. Currently, it houses an exhibition gallery that boasts several exhibits, a resting place, as well as a concert hall that takes advantage of the excellent acoustics of the space, primarily for classical music and acoustic style music concerts.

Behind the church lies an area that was once the city’s oldest Jewish cemetery, but was backfilled—gravestones and all—in nineteen thirty-nine. The terrace above the balustrade offers gorgeous, wide-angle views of the Ore Mountains. From here, you can even see the part of the Ore Mountains whose old mining works are inscribed in the list of UNESCO monuments. 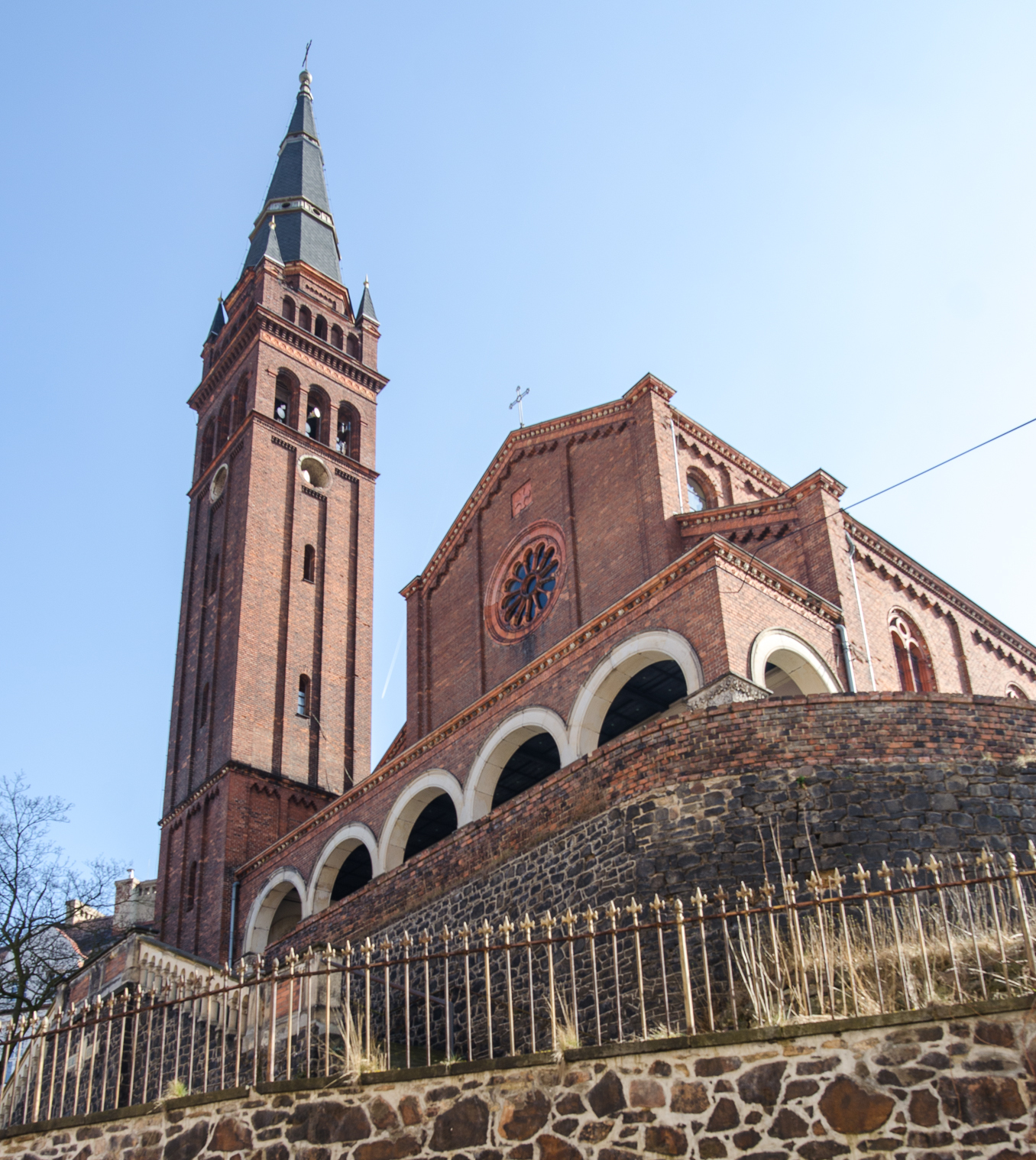