Among the important personalities who came to the city regularly to receive treatment and rest, were also included Johan Wolfgang Goethe and Ludwig van Beethoven.

They met right here in Teplice in 1812. But their friendship did not last long for the incident, which was described by their common acquaintance, the writer Bettina von Arnim. The poet and composer went for a walk into the castle garden. The empress was approaching  them from a distance with her family and an escort. Goethe stepped aside, he removed his hat and he bowed, on the other hand Beethoven walked proudly through the center of the procession. He forced Archduke Rudolf take off his hat and the Empress to greet him first. Beethoven subsequently accused Goethe of being too servile, saying that the two of them were more important, than any empress. 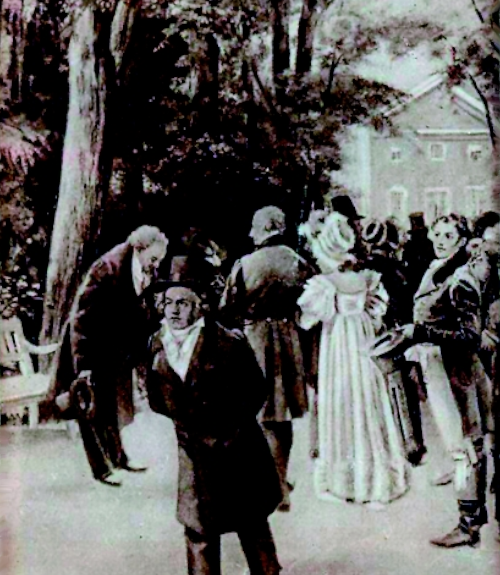